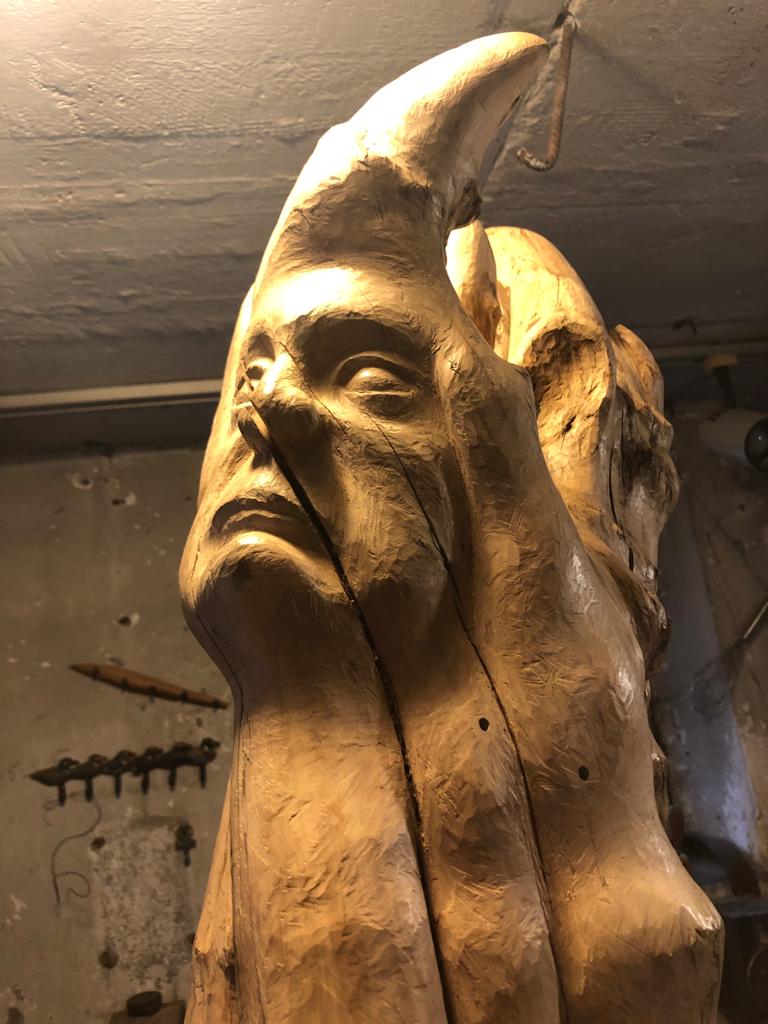 An inspired review of Formes du Visible (Shapes of the Visible) by Philippe Descola (Publisher : Seuil, 2021)

This account of the history of art, seen through the prism of anthropology, begins with the production of aboriginal peoples, thus creating a Copernican lens with which to observe the dimensions inhabiting our creative processes and the weight of visual arts in the societies they circulate in.

The theoretical approach of the first part exposes hypotheses stemming from long years of research, defining four epochs and fields regarding designated works of artistic production – animism, totemism, naturalism, and analogism; the following sections develop anthropological fieldwork sources, the fruit of research among indigenous peoples, and further prove the fecundity of this approach.

As a sculptor of large pieces of wood, whose life history I discover, etched into their fibers, knots, and lineaments, I can relate to this fundamental drive to create, through animist and totemic gestures, far removed from all academic or even contemporary approaches. This genealogy of the living that we share with all of nature, be it animal or vegetal, is the very dimension that inspires me, and possibly, it is connected to my activity as a psychoanalyst working with children – our human acculturation is elaborated in the symbolic sublimation of our natural biological given, a sublimation which subsequently becomes a culture in itself, formatting the human subject through its transmission, generation after generation.

I recognized this same impulse in my relationship to the subconscious forces of the human psyche on one hand, and on the other, in the connections of Aboriginal artists to the power of ‘dreamtime spirits’, these original sources of creation according to their ancestral tradition.

Yet my work could never be interpreted using the same cultural and tribal reference points as that of Aboriginals, points which constitute the pillars of their society. The animism that haunts my work tends towards a totemic aspect through the precertification, in a human, figurative form, of the vegetal forces of life I have exhumed in this wood. Contemporary society expects visual arts, and notably, sculpture, to express analogies of naturalist figures and wrongly attributes this notion to my work, with this search for the anecdotal, thereby losing the symbolism expressed by forces at odds with each other, within the very piece itself.

It has therefore been exalting for me to discover a work of this magnitude from an author as prestigious, one which allows its readers to open up to this Copernican upheaval pioneered by Philippe Descola, to his revisiting of the entire history of art through the great structuring eras of humanity and the diversity of its civilizations.