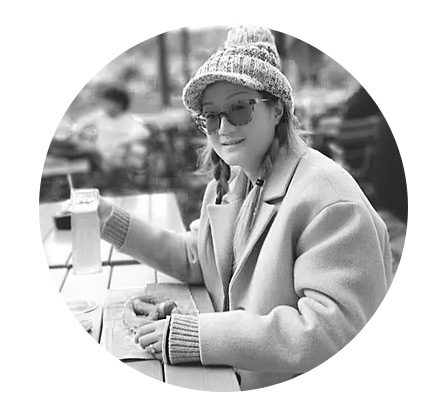 Ronnie Jiang was born in Medan, North Sumatra, Indonesia She obtained her BA Fashion Design degree in Taiwan.  She came to France in 2008.  In 2013, she launched her artistic career, after working on several projects as a fashion designer

Her figurative works are fragmented, of obvious incoherence, act beyond double-edged, somewhere between surreal enchantment and uncanny enigma, where we meet the icons in the art world, the characters of her graphic illustrations evolve alongside nonsensical, yet familiar animals. Her expressive portraits have one thing in common – they are perfectly identifiable due to their characters’ grey, diaphanous skin. They collide in the world of dance, storytelling, globalized society.

She has been participating in exhibitions around the world, such as in Paris, London, Bucharest, Macau, and Tokyo.  She likes to bring her state of art expression more in social reflection, political awareness with a humorous touch.

Ronnie is the creator of the artistic project Déstructuralisme Figuratif.

She carries the visions and ambitions of the artists that she carefully selects at the international level. 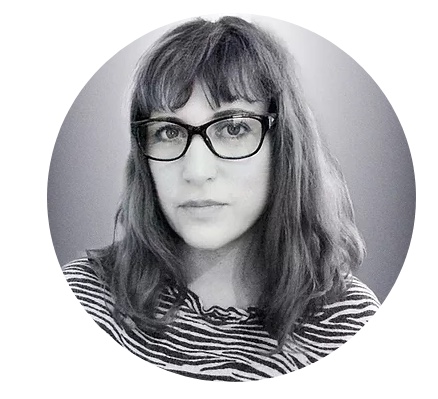 Following her first television collaborations in TV’s youth programs in France, she focused on print media and the Web.

She is a press correspondent specialized in art and works in Brussels, New York, and Barcelona, she also works in culture and lifestyles for the French press such as Publihebdos, Next-Liberation, LesEchos.fr, Espace Art’s Magazine, All The Content News Agency.

Caroline claims her double functions as art criticism and journalist. The first allows her the privileged witness of the creation, to visit frequently the studios of emerging artists and to defend their works. Her position as a journalist gives her the possibility with more space, to analyze, to put into perspective the cultural and artistic information for the various press media in which she collaborates.

For DF project, she contributes her sophisticated vision on the selected artists and develops the content strategy. 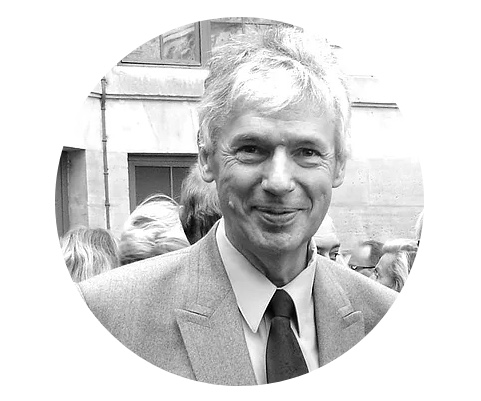 Graduated from the Rennes University Institute of Technology in 1970 (Civil Engineering) and from the National Conservatory of Arts and Crafts in Caen in 1977-1978 (civil constructions), Jean-François Collignon was a Design Engineer and sales manager in several companies specializing in metal construction, petrochemical engineering, engineering structures, waterproofing, etc. including the company Eiffel Métallique Construction.

Since 2007, he has been the founding President of the Europe-Asia Exchange Center Association, the purpose of which is the implementation, promotion and development of international, national and regional artistic cultural exchanges, valuing knowledge, artistic skill, traditional and contemporary techniques.

Chevalier of Arts & Letters, he is a cultural advisor of Hangzhou – Zhejiang province in China. He is also executive vice-president of the Sino-French Association of Calligraphy and Painting and a member of the Association of French & Chinese Experts – AEFC.

Jean-François Collignon is elected since May 26, 2004, Correspondent of the Fine Arts Academy in Architecture Section at the L’Institut de France. 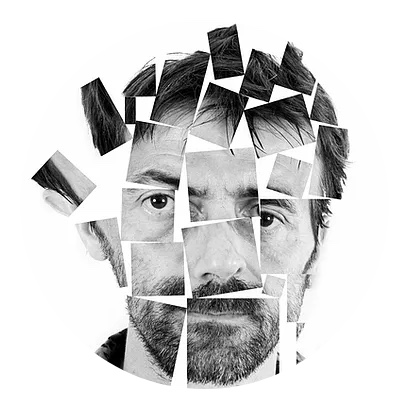 After obtained his doctorate in theoretical mechanics (1990), Bruno worked at the University of Poitiers (1994-2006) as a teacher and researcher in Information and Communication and university’s researcher laboratory on mediatized learning in creation and management, Brno Del Zou devoted himself exclusively to his artistic activities.

His “Photo-sculptures”, as well as his videography creations, proceed from the same process of fragmentation and reconstruction of the body. Deformations, perspectives, scale games … Brno juggles the reality and the imaginary, the troubled, and the tangible.

His studio “Le Mouton Noir” in Poitiers is also a gallery, presents international artists, the gallery will be extended by the opening of a new space where artistic expression can be expressed in all its forms from autumn 2020.

Brno shares his experience in scenography and web strategy within the

Visit his studio at galerie-mouton-noir.fr 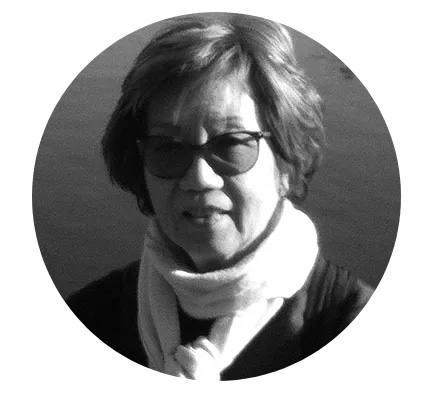 Emily Helstroffer was born in Phnom-Penh, Cambodia. She lives and works near Paris.

After a professional career in Finance’s world, she took arts courses and the Louvre school and attended the Grande Chaumière living model workshop in Paris.

Her discovery of the visual arts is a real revelation for her. She continues her research on Japanese painting (Nihonga) as well as Chinese painting.

Discover the universe of Emily on: 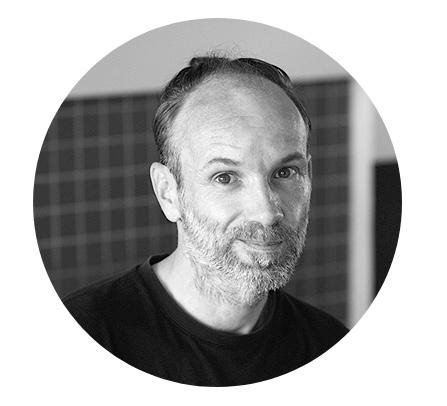 art-now is a multimedia designer, passionate about graphics, he likes to play with words and images. He expresses himself through creation in all its forms by making singular illustrations that combine both geometric lines inspired by minimalism and a more contemporary style from current digital creation. From its most at a young age, he was attracted to artistic disciplines, in particular drawing.

In 1998, he follows training in desktop publishing which opens the doors to professionals in the world of images. He often likes to refer to the collective unconscious by reappropriating the great classics of painting and pop icons to offer his graphic reinterpretation combining an approach linked to generative art.

art-now performs a research work on the processes of deconstruction and destructuring, wishing thus give several levels of reading depending on whether one is near or far from his works.

Discover the world of art-now on: 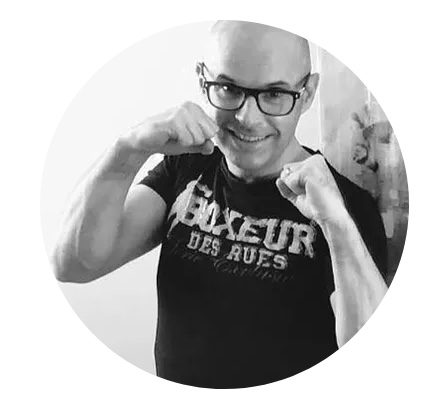 Jérôme Royer is a painter who oscillates between the figurative and the abstract, his portraits combine the real with the unreal. He draws from a young age, seeing art as a way to have fun and express himself.

He turned to building, worked in a construction company, and then became a building and architectural designer. He will be strongly encouraged on social networks for the quality of his work.

He then draws more and more and begins to exhibit his drawings. His work is the result of research into quantum meditation focused on the interconnection of beings and the universe.

The practice of martial arts, including boxing, meditation, and tai chi chuan, influences his practice of painting, from his body language to the technique used. His work has earned him numerous personal and group exhibitions in France and abroad, notably in Belgium and Australia. 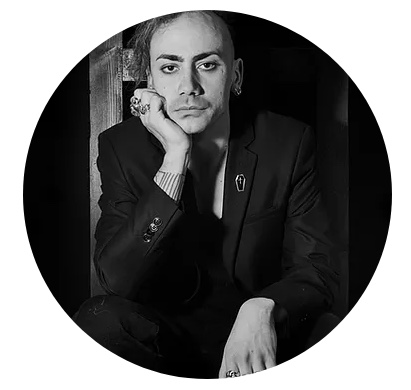 Self-taught painter part of the neo-expressionist artistic movement, Adrien stands out with a post-baroque style,

between classical lines and futuro-punk.

His training as a professional make-up artist allowed him to collaborate with the Des Gueux collective as a ZFX make-up artist. This experience propelled him into a post-apocalyptic universe, at the heart of the scenography of zombies and horrifying accessories of all kinds. With this creative experience, he has since devoted himself fully to painting, giving birth to series of emaciated individuals, with the embodied sensitivity of a post-contemporary black romanticism, crying out for reality, eyes wide open.

Discover the universe of Adrien on: 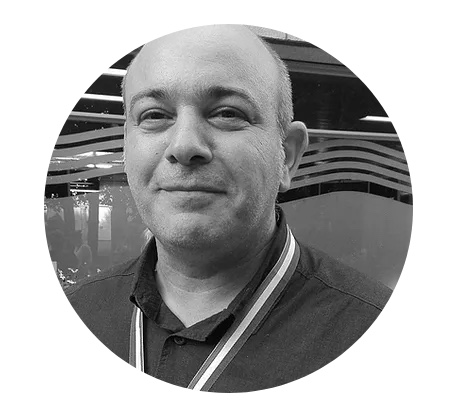 Active member for communication and  technical logistic of DF Association

Franck interprets our current world with these influences, good or bad. His research results in the creation of round, compressed, diverted or even distorted shapes. His pieces are systematically worked in the ambivalence of abstraction and figuration. From an abstract form that he deforms by his gesture, an animal or human appearance appears.

When he chooses a figurative model, he metamorphoses it to make it more abstract. Both in motion and still, sometimes playful and sometimes tactile, his process bends to the constraints of matter and contingency.

The integration of his hands into his works marks his imprint, the hold of time, the formatting that we undergo throughout our lives.

Franck mainly evokes the animal world to represent humans in all their diversity, complexity, and behavior.

He has exhibited his work since 1996 in France and abroad (Germany, Austria, United Kingdom, Japan, Canada and China.)

He is a founding member of ArtCeram “Terres d’Empreintes” which organizes biennials on ceramics in SALT from Sèvres in Hauts-de-Seine.

Discover the universe of Franck on : 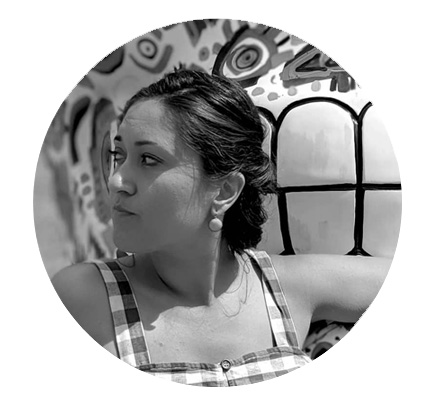 Nathalie Moga is a self-taught painter born in Strasbourg in 1986. She started to paint and exhibiting in her region in 2018. She has participated in several group exhibitions, notably for LadyFest Strasbourg, a feminist and LGBTQ+ artistic event. She was then represented by the Strasbourg gallery Curious Eye and joined the DF team in 2021 for the press communication. She paints instinctively, without sketches or models, with the solitary woman as her favourite subject: strong, expressive, frightening and mystical. Her work constitutes research around gender identity and reverses the locked image of the female physique through a representation that goes as far as the distortion of forms, their transformation. Sequins, outrageous makeup, rhinestones, come out on hard faces and highlight the injunctions to “decorate”. Superficial embellishment fails to mask the troubles of the soul, the emotions, the humanity. The ingenuous and light side of the woman, oversold, set up as a norm, becomes impossible. The mutations of the limbs, their animal side sometimes, are psychosomatic symptoms of feelings and state of mind. When appearance is overwhelmed by being, a certain reality emerges. 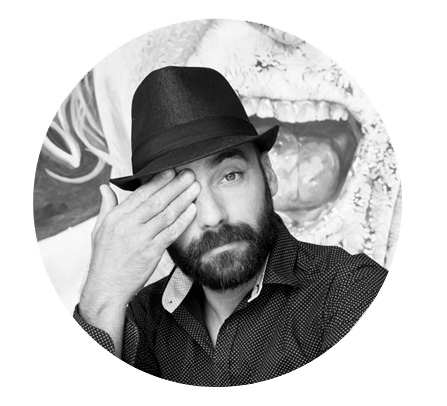 Jérôme graduated from the University of Arts and Media in Cardiff (Wales). His studies gave him the chance to practice museography/scenography and interior design. He has collaborated with major design and construction firms in London, St Barthélemy and France. At the same time, his training in visual arts and his personal work in the studio allow him to exhibit his work internationally. In 2018, he won the Artist of the Year Award (Arts Practice) for the portrait ‘Robb’, from a series of monumental paintings, resulting from a collaborative work with photographer Michael GRAMM. His works are inspired by the human body and its strength/weakness duality. This subject torments him personally and intervenes at the heart of the graphic exploration of his works. Anonymous, apolitical, sometimes asexual, the model’s fragment and contort at will. The characteristic feature of Jérôme’s work lies exactly halfway between the figurative and the abstract, and carries all the power and ambiguity of the subject explored: the living. Jérôme joined the DF team for the Selection Committee in 2022.

Self-taught French artist Maxime currently resides in Paris under the pseudonym “Mime”. Having obtained a Pro Matic License in NTIC-digital marketing, as well as an MBA in Contemporary Art Market and Design, Maxime discovered his main pictorial passion – collage.

Maxime collects materials for his art while traveling or frequenting second-hand bookstores. He flicks, searches, cuts, trims, hides, glues the busts and faces of anonymous people and works of art drawn from the Egyptian aesthetics, antique, ancient and modern architecture.

His artistic vision is shared on his Instagram account @mxmbsnrd where the artist offers the discovery of artists close to his universe. For DF ART PROJECT, he is fully involved in the selection committee of the collective. 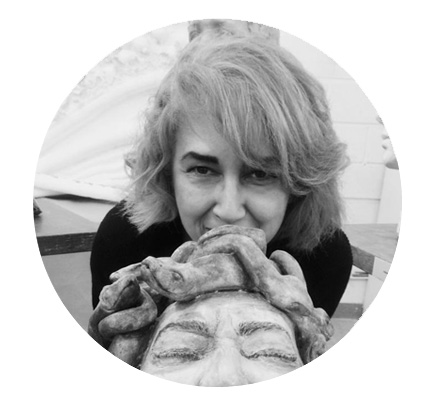 Active member for Communication Manager of

Born in Tehran, Iran, Mehnoush Modonpour experienced revolution, immigration and war. During these experiences, her work has often exceeded the “traditional” limits of the Iranian culture that molded her. As if the artist was striving to challenge certain concepts that he had been taught to obey. Rebellious and spiritual, his works show a break with his original traditions, while denouncing the implacable consequences of ignorance on man: suffering, inevitably. Through art, Mehnoush Modonpour becomes the messenger of an equality in which she believes. She explores through multiple media the relationship between humans, their environment, and everything in between. Mehnoush joined DF’s communications team in 2022.