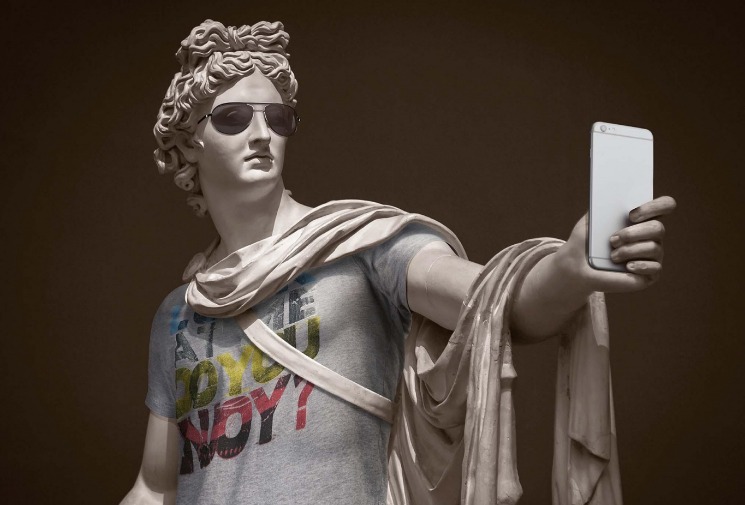 From June 9th to September 26th 2021, the Dali museum in Paris is displaying the works of Léo Caillard – an artist who clothes Greek statues, thus playing with an antique heritage which has spanned millennia.

The personal dialog the artist wishes to create through travesty sheds light on the question of social identity. By adding an extra layer, thereby destructuring antique figures, the artist distorts the idealised reality of a body considered to be perfect by the Greeks.

Inspired by quantum physics, a science focusing on the existence of infinitely small particles found in several places at the same time, something which cannot be explained by more traditional physics, Léo Caillard explores the notion of time and space by transforming the perception of the spectator. In this sense, the artist seeks to question the social mores that define beauty.

It is true that these figures are immutable, that the Greek statue is eternal, and, as says Wassily Kandinsky in his work Concerning spiritual art. And painting in particular, (Originally published in 1912, ), “The similarity of inner tendencies in the entire moral and spiritual atmosphere (…)leads logically to the applications of such forms which, in a former period, have successfully served identical efforts.”

One could argue that Léo Caillard is an artist who travels through time, taking in the moods of contemporary spaces, where he conceptually transforms antique art, leaving the spectator to question their identity and perception which has been shifted to another realm through the simple act of clothing a sculpture. A genuine analysis of the figure and figurative art as well as its atemporality, through conceptual destructuring, to be discovered at the Dali museum.